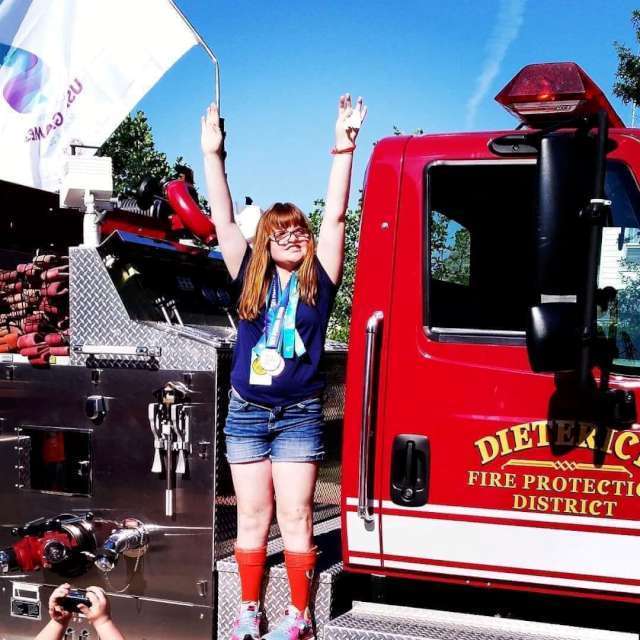 What a week for Riley Baxter!

The Montrose resident competed at the Special Olympics USA Games in Seattle, Washington this past week. The Dieterich school student was honored for her achievements with a parade Sunday down Main Street in Dieterich, including a ride in a fire truck.

The Special Olympics USA Games were held July 1-6. More than 4,000 Special Olympics athletes, coaches and representatives took part before thousands of spectators. The athletes competed in 14 team and individual sports.

Riley is the 13-year-old daughter of Doug and Melani Baxter.